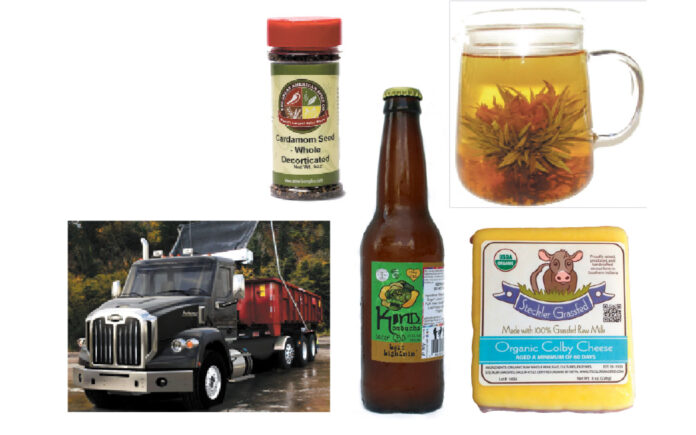 Started by Lawrence and Mary Tippmann in Fort Wayne, American Spice makes a variety of seasonings, mixes, oils, snacks and herbs. Each spice has a certain color and texture. The Tippmanns even sell powders with flavors such as whole milk, lemon juice, whole eggs and orange juice. They also sell different brands such as Junket, Morton and John Henry’s. Some of their spices also treat skin. They sell various colors of popcorn, including purple, red, black and blue.

With 500 varieties of tea, Empire Tea Services was founded by Lalith Paranavitana, who was manager of Nuwara Eliya Tea Estate and a director Sri Lanka State Plantation before coming to the U.S. in 1989. When Paranavitana came to the U.S. he started selling at tea shops, coffee shops and food stores. He has now moved on to selling tea accessories such as loose tea, tea bags, blooming tea, pyramid tea sachets, ice tea and tea samplers. Empire Tea Services also sells tea pots, tea mugs and tea warmers. There are also tea packs for weddings and parties.

Back in 1899, Autocar built the first truck in America. Then in the 1930s, the Hagerstown-based company revolutionized the American auto scene again by introducing diesel engines to trucks. Now over 120 years since its founding, Autocar is the Western Hemisphere’s oldest vehicle brand currently in operation, and it is still making trucks for commercial use. These days Autocar specializes in making vehicles for industries such as construction, road maintenance and refuse and recycling.

Steckler Grassfed Farms in Dale is a family-owned farm that provides naturally grown food. Grassfed Farms produces various cheeses, including pepper jack, cheddar and colby. Their cheese lowers the risk of cancer, heart diseasea and obesity. The meat at Grassfed Farms and has no added hormones, and the food is organic.   I