Honda invests in technology and employees 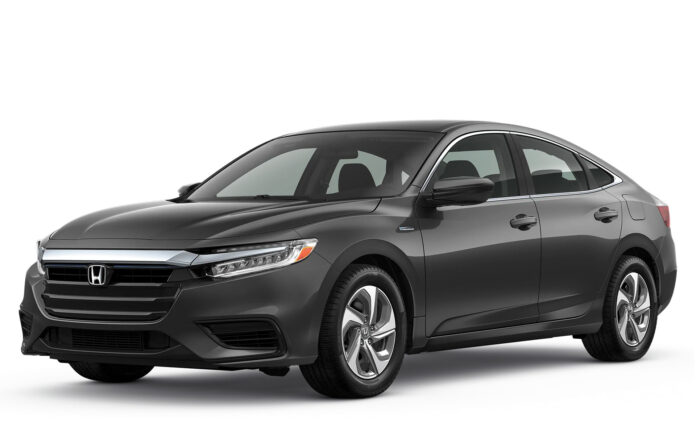 IN MAY OF 2018, PRODUCTION of the 2019 Honda Insight hybrid sedan began at the Honda Manufacturing of Indiana (HMIN) plant in Greensburg. Honda invested $32.5 million at HMIN, including a 19,200-square-foot expansion to the plant specifically for Insight production.

HMIN permanently employs over 2,400 associates and has an annual production capacity of 250,000 vehicles. The Insight is built exclusively at HMIN plant, with the exception of a few parts that are produced in plants throughout Ohio. The HMIN plant also produces the Civic sedan and CR-V sport utility vehicle.

The Insight is positioned between the Civic and Accord in Honda’s U.S. lineup. Along with driver-assistive technology, the car is equipped with Apple CarPlay and Android Audio. The Insight was the fifth electric Honda model in an 18-month span.

Honda is also investing in its employees.

Karen Tarver, purchasing project leader for the Insight project, started her career with Honda in 2008 as an entry-level parts quality engineer and now, over a decade later, she played an integral role in bringing the Insight to life.

After previously working mostly in mass production, Tarver said the opportunity to be a project leader on the Insight project was a valuable change in viewpoint that allowed her to see a different side of the business at Honda.

Another Insight project leader, Vinscent Minor, got his start at Honda in 2008 on the production team working on the assembly room floor. About four years ago, Minor moved on to the new models department, where he found himself filling more of a management role as project leader for the assembly team.

As Insight project leaders, both Minor and Tarver said that their experience with seeing the Insight grow from the design phase to the final launch was something that gave them pride and joy.

“I think there’s been a lot of pride and hard work that has gone into this project,” Minor said. “I, myself, was able to take the Insight home and drive it with my family. Seeing it from a drawing, to three years later, getting in that final product, it really was full circle.”

Now, both Tarver and Minor are in positions where they can have a positive influence on other associates who are in the same place they were a decade ago.  After transitioning to the new models department, Minor found that his experience working on the floor gave him a valuable viewpoint as he took on more of a management role.

“I am in the position where I’m bringing the future to these associates on the floor,” Minor said. “I was that guy building that car and now, being able to make it better for them for future models, that’s just been one of the biggest things for me working here.”

Tarver helped start the African American Resource Group at HMIN, which has since branched out to other plants across North America. She said the group has worked to promote cultures of inclusion and diversity as well as providing opportunities for pipeline development for other African American associates like herself.

“The most discouraging thing and frustrating thing for anyone, whether it’s true or perception, is glass ceilings,” Tarver said. “You want to know that there are still opportunities to advance and grow yourself if you’re going to invest your time, coming in day in and day out. I’ve always felt that with the opportunities here [at Honda], that there is no glass ceiling and I still feel that way.”