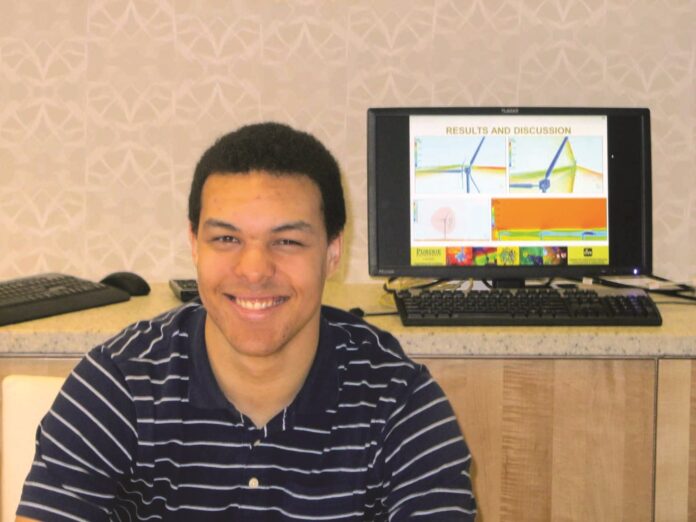 The vast, complex field of energy consists not only of those who produce it, but also of those who consume and are responsible for the creation and maintenance of suitable methods and conduits through which consumers receive it.

Academic programs, such as those found at Purdue University-Calumet in Hammond, provide the very best in innovative methods and research.

Dr. Chenn Q. Zhou really loves her job. As a professor of mechanical engineering and the director of Purdue Calumet’s Center for Innovation through Visualization and Stimulation, Zhou first came into the field as a promising young student in China.

“They (teachers) thought I was good at math, physics and chemistry so I should be an excellent scientist or engineer,” she said.

Purdue University and Ivy Tech Community College are among the post-secondary institutions in Indiana that provide support for energy and utility-related careers for line workers, power plant operators and substation mechanics, and wind turbine operators and technicians. Those interested in these fields can earn certificates and degrees in areas such as home technology integration/auditing, renewable energy systems technology and natural gas technology.

“I’ve worked in this field for over 32 years. Everyday people ask me, ‘Why are you so happy?’ ” she said, laughing. “Then I started to teach  seeing how the knowledge is transferred to students, to future generations. That is my passion.”

Tyamo Okosun, a CIVS student in his third year of doctoral study, pursued mechanical engineering for both his undergraduate and graduate degrees.

“My primary career interest has always been aircraft and aerospace design. I wanted to pursue higher education that would allow me to work in those fields,” he said. “While a degree in aeronautical/aerospace engineering would have been tailored specifically towards those interests, it also would have limited my career possibilities. I decided that pursuing degrees in mechanical engineering would allow me to broaden my skill set while maintaining the ability to work in my fields of interest.”

Purdue-Calumet’s mechanical engineering program, which houses both mechanical and civil engineering studies, equips students to work in a variety of fields including; computational fluid dynamics, manufacturing design and development, and structural metals manufacturing, each of which can have applications in the energy and utility fields. For instance, computational fluid dynamics (CFD), defined as the use of numerical equations involving the flow of fluids and simulations in problem solving, is a critical and cost-effective method in the development of renewable energy.

The technology available through advanced simulation and visualization at CIVS has produced solutions for issues concerning various energy producers. By utilizing CFD and virtual reality, CIVS students were able to assist the Northern Indiana Public Service Company (NIPSCO), a natural gas and electric provider, with their Bailly Generating Station, which experienced issues with a coal-fired boiler. Their work not only improved flow in the air ducts but also resulted in an estimated $1.9 million annual savings for NIPSCO.

“I see the direct impact, how we solve the real world problems and that makes my day,” said Zhou. “Especially when my collaborator tells me, ‘Oh, look at how much money you saved us!’”

Since 2009, CIVS has secured more than $38 million in savings for companies, completed 126 projects and provided resources for nearly 3,000 undergraduate and graduate students.

Other CIVS endeavors have included work with CITGO on the optimization of carbon monoxide boilers as well as multiple efforts to increase the educational awareness and practical application of wind energy.

In 2013, the department won a Fund for the Improvement of Postsecondary Education (FIPSE) award totaling more than $700,000 from the U.S. Department of Education for their work on the development and implementation of mixed reality simulators for wind energy education.
“Indiana has primarily produced its energy from burning coal, with 84 percent of its energy coming from coal fired power generation in 2013.

However, wind energy has been exploding as an alternative form of energy generation in recent years,” Okosun said. “Until 2008, wind energy in Indiana was limited to water pumping windmills. By 2012, 1.54 gigawatts of wind power-generating farms had been installed, ranking Indiana 13th amongst U.S. state-installed wind energy capacity.”

According to a technical report prepared by the U.S. Department of Energy titled, “20% Wind Energy by 2030: Increasing Wind Energy’s Contribution to U.S. Electricity Supply,” there are several advantages to increasing the production of wind energy. They include more than 800,000 jobs in various related support industries and an increase in annual property tax revenues to more than $1.5 billion by 2030.

Data from the National Renewable Energy Laboratory shows Indiana’s onshore wind power is capable of meeting more than four times the state’s current electricity needs, and in May of 2011, Indiana created a Clean Energy Portfolio Standard (CPS). The standard detailed a voluntary goal of producing 10 percent clean energy by the year 2025.

Zhou said the ultimate future of alternative energy sources depends on how far they advance in the coming years, but she does not foresee the power plant dying out in this lifetime.

“People are pushing for wind energy to increase, but there is still a long way to go,” she said. “The coal combustion companies may be looking to reduce the percentage of use and that could be air pollution related  of course coal energy is cheaper but there are other alternatives being created.”

She also shared that innovation is the key to creating and maintaining those alternatives. Okosun believes that mechanical engineering also plays a major role in that.

“Continued innovation is crucial to the development and sustainability of Indiana’s energy sector. The development of new technologies and techniques for improving existing methods of energy generation and developing new methods will provide the means for Indiana to advance through the 21st century,” he said. “Mechanical engineers and engineers, in general, can contribute greatly to this ongoing innovation by continuing to improve all factors contributing to energy generation including the emissions reduction, renewable energy efficiency increases, optimization of power plant design and operation, and much more.”