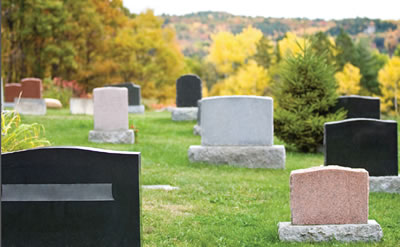 Death is the great equalizer. It strikes 100 percent of the population – albeit in different ways – without regard to considerations of race, gender or class. It is a certainty that every Black, white or Hispanic person will die; every man and woman will meet his or her maker; and every penniless widow and powerful billionaire will pass away.

Cultural factors may hasten mortality for some, such as Black men lynched at the hands of an angry mob, a Muslim woman stoned in a honor killing for being raped or a Japanese businessman who commits hara-kiri to save face. And some, like Apple’s storied CEO Steve Jobs, may be able to pay to delay the inevitable with experimental medical treatments.

But eventually, we each have a date with the Grim Reaper.

So what does that have to do with “buying the farm”? This expression came about to describe how the death of a farmer who had a mortgage paid off on behalf of his heirs through life insurance.

Though historically, those whose work involved end-of-life, death and afterlife issues often have operated at the fringes of society, bereavement-related industries, from hospices to cemeteries, are a vital part of the economy. According to the U.S. Census Bureau’s Economic Census, for instance, funeral homes alone contributed $15 billion to the national economy.

Join IMBM as over the next several pages we examine this complex industry and journey into what is truly the Final Frontier.