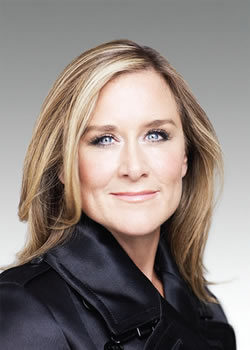 New Palestine native Angela Ahrendts, 54, senior vice president of retail and online stores for Apple, has been awarded Dame Commander of The Most Excellent Order of the British Empire, the equivalent of knighthood for women. Though Queen Elizabeth II was said to have approved of the honor, Ahrendts received the honor from business secretary Vince Cable rather than the queen because she was not born a British citizen.

Ahrendts, who has said she’s “hugely proud” of her Midwestern roots, was ranked 53rd on Forbes’ 2013 list of the most powerful women in the world. As CEO of the luxury British fashion house Burberry, she was named the ninth most powerful woman in Great Britain on the BBC Radio 4 Woman’s Hour 100 Power List.

Ahrendts earned her undergraduate degree in Merchandising and Marketing from Ball State University and in 2010 was given an Honorary Doctorate of Humane Letters from her alma mater.