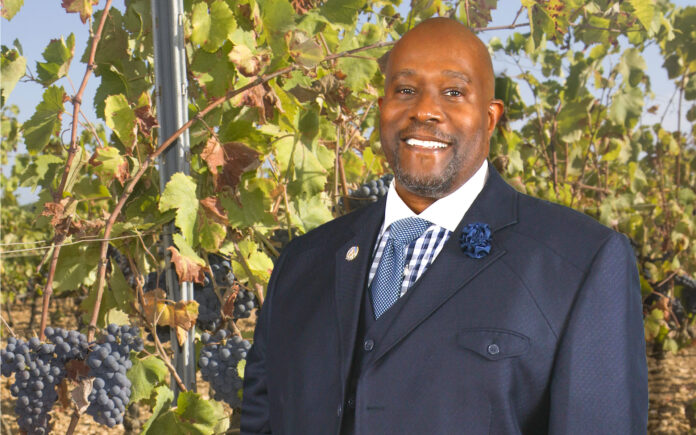 Everyone has a story about how they got into making wine or brewing beer. More often than not, it seems those stories have something to do with finding peace or being introduced to something new. It wasn’t the family business or even a longtime dream. It was a passion developed over time, maybe never perfected, but always improving.

Albert Moore needed an escape from his stressful job in technology and started making wine in his home. Patrick Pennington got the occasional craft beer from his brother-in-law when he visited from North Carolina. Betty Jo Moulton cut a vacation short in Missouri to visit vineyards and, after making some practice wine with home kits, decided it was something she and her husband could scale into a business.

Of course, it’s not as simple as getting a brilliant idea and pulling it off tomorrow — or next month, or maybe not even next year. It takes an investment of time, money and energy, and one or two of the three won’t cut it. It’s a big bonus if there are some built-in advantages like a deep savings or previous business experience that will help sniff out property.

They find their motivation somewhere. And for these particular brewers and wine makers, it’s not because they look out at the landscape of minority-owned enterprises and see much representation. It’s just not there.

The state of minority-owned breweries and wineries

The number of breweries has been climbing steadily over the last decade and really took off in 2013, according to a count from the Brewers Association. That upward drive has been driven almost exclusively by microbreweries (or smaller, independent breweries) and brewpubs. Overall U.S. beer volume sales were down slightly in 2018, but craft brew sales grew 4% by volume and made up about 13% of the entire U.S. beer market.

There appears to be a market, but what’s unclear is how many minorities are getting in the business. The state tracks women- and minority-owned businesses, but it’s mostly larger companies that choose to go through the registration process because some cities use that list to make sure contracts are awarded to those companies. The registered “food and beverage industries” businesses don’t include breweries or wineries.

Mark Lasbury, managing editor of Indiana on Tap, says he has an incomplete list of minority-owned breweries but doesn’t have any particular insights on minority ownership as a whole.

“I can attest to the need to bring more minorities into the tent of craft beer,” Lasbury says, “including in ownership and how that can have a positive effect on others getting into craft beer.”

Surveys cited by the Brewers Association show 85% of craft beer drinkers are white, leaving only 15% of craft beer consumption to be divvyed up between Latino, Black, Asian and other minority drinkers.

It’s basically the same story for wineries, with the caveat that it appears women have staked out a sizeable chunk of the winery market in Indiana. When Silicon Valley Bank published its “State of the Wine Industry 2019,” there was one reference to “minority” — in a list of transactions — and two references to “women,” both in the endnotes.

Moore, who is Black and started making wine in 1998 as a way to destress from his tech job, says he can’t speak for what happens outside of his Indianapolis area, but he sees where minority ownership is lacking.

“I know there’s a lot of minority wine drinkers,” he says, “but I don’t think there’s that many wine makers.”

There are varying hypotheses for why minorities are underrepresented in craft drink industries. Some owners say they see minorities who mostly prefer less expensive options, while others think it has to do with the way these drinks are marketed.

“If I knew the answer to that, I’d be a millionaire,” says Pennington, the owner and co-founder of Backstep Brewing Company in Crawfordsville. Pennington is Black. “… If someone can figure that out on the craft side, it’d be a huge opportunity.”

Dwayne Williams, who owns Cognito Brewing in Merrillville, thinks at least part of this problem has to do with exposure. If minority drinkers don’t have exposure to craft drinks, it stands to reason that they’re not likely to want to start a craft drink business. The same thing can be said across many industries. How many professional football players go on camera and say they grew up not knowing anything about football and never cared for the game? It happens, sure, but those stories are anomalies.

Williams started brewing his own beer at home in 2000 and opened Cognito Brewing in 2017. He focuses on Beligian style beers because, as he saw it, seemingly every brewer was “IPA crazy” and he wanted to do something different. That’s the kind of mindset he thinks could help attract more minorities into the business. There are so many styles of beer, and they vary across the country and the globe.

“I would like to see more minority brewers,” Williams says. “Sometimes it does sadden me because we can make a good product, and there’s a lot of opportunity.”

Pennington had the occasional craft beer with his brother-in-law when he visited town from North Carolina. Other than that, it was Coors Light, Budweiser, something like that. But he eventually started experimenting with craft beer and developed a taste for it.

Pennington, a career firefighter in Pike Township, used to be in real estate but decided to get out in 2015 after the market changed. His business partner, Jim Boros, is also a firefighter and had more than 15 years of experience working at bars in Key West, Florida. They went to breweries around Central Indiana, took notes, talked about it during their shifts and opened Backstep Brewing Company in 2017. But would any of this have happened without Pennington’s early exposure to craft beer from a visiting brother-in-law?

Remember the three investments — time, money and energy — it takes to get a business up and running? Money is unique because it’s the investment over which new business owners have the least control. Some are lucky and walk up to the starting line with enough cash to get their operation going. But that’s called an advantage for a reason — because it isn’t the norm.

Moore has been making wines as a hobby since the late 1990s. His wines are called Wines by AJ, but he doesn’t have an official business yet. Moore wants to eventually start his own business, which would likely mean getting a property that’s not his home, but he’s still in the very early planning stages of that transition.

All things considered, Moore guesses he’s spent a minimum of $10,000 over the last 20 years. He hasn’t taken out a loan. It costs him a couple hundred dollars to produce a batch of wine, Moore says, which is equal to five gallons. Wine making, at least when it’s a hobby, demands a financial commitment that can be spread out.

Moulton, who owns Oak Hill Winery in Converse with her husband, says they’ve invested at least $150,000, including equipment, just to open. It was a “big endeavor,” she says, but they were also lucky to already own the building. Along with equipment, most of their investment went into remodeling that building. They also have had to take out some loans over the years, which is part of the reason why Moulton and her husband continue to work full time outside of the winery.

Paris McFarthing, co-founder and co-owner of Hop River Brewing Company in Fort Wayne, says he’s invested about $170,000 since his brewery opened in 2017. He also has a loan. Williams, from Cognito Brewing Company, says he’s put in about $150,000 of his money. Pennington says he has roughly $250,000, including loans, in Backstep Brewing Company.

Where to cut costs

Those are large numbers, and it’s a prohibitive cost for many who might otherwise be interested in starting a brewery or winery — or any other business for that matter. But there are ways to cut back on the amount of money it takes to start your business and keep it running.

Neither Moulton nor Moore grow their own grapes, so they don’t need land for a vineyard. It’s why Moore has been able to make and sell wine out of his home for all of these years. Moulton says she and her husband try to get the grapes or juice from Indiana and surrounding states, but they also branch out to California and upstate New York. They have the equipment to crush grapes, so sometimes they’ll buy the grapes and crush them for themselves. Moore just buys the juice and doesn’t think it would be worth the investment to get land where he could grow grapes.

“I can grow at a pace that I don’t get overwhelmed and end up costing me more than what it takes to make,” he says.

Pennington got into the brewing business with some of the skills needed to make renovations to the building, which saved money because he didn’t need to hire a contractor for everything. Obviously, not everyone will walk into their new business with a set of skills perfectly suited to cutting costs, but the point is new business owners do have preexisting skills that can be beneficial in some way. Pennington says people should also think twice before getting an attorney to help with paperwork. He estimates an attorney to file for a brewer’s permit, for example, could range from $1,000 to $3,000, but he took the time to do the paperwork and file for himself, and he says it wasn’t complicated work.

Their advice for you

Starting a business is a serious risk, especially for those who don’t have some of the built-in advantages. It can be intimidating, and some 30% of businesses fail within the first two years, according to the Small Business Association.

Each of the brewers and wine makers interviewed for this story were asked what their advice would be for someone who’s interested in starting a similar business but is nervous about the possibility of failure or doesn’t know where to start.

For wine makers, Moulton suggests getting familiar with others in the business and not only learning what kind of tips they have, but seeing what kind of collaboration might be possible. Before opening their winery, Moulton and her husband sent a questionnaire to other owners in the surrounding area for advice on where to look for equipment, how to shop for grapes and other basic things like that. Wineries don’t tend to be competitive, Moulton said, which makes this kind of comradery possible.

Williams says it’s important to start small by finding the right retail space and realizing that, as a new business owner, you may not get the prime space you were dreaming of. No matter where the location is, though, Williams says its minority owners should have pride.

Moore, who retired from Verizon Wireless in 2017, talks a lot about how much patience it takes to make wine, and he thinks that same mindset is useful for anyone trying to get into wine making.

“The results will speak for themselves,” he says. “It’s a journey that’s well worth taking.” 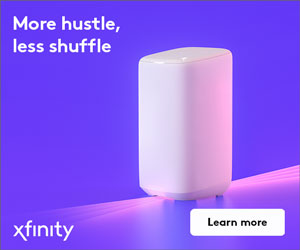