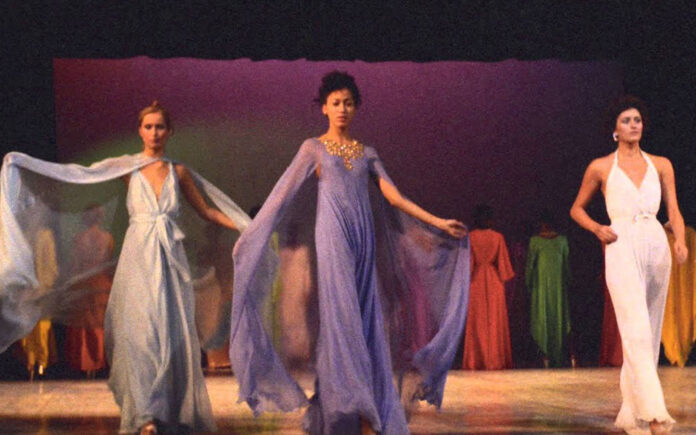 ERIC WINSTON WILL USE the tradition of documentaries to share culture and history by showcasing the stories of African American life during the first ever Indianapolis Black Documentary Film Festival at Central Library on April 10-11.

Winston, a resident of Xenia, Ohio, chose Indianapolis for the festival because of the size of the city, its sizeable African American population and its location in the middle of the country.

“I talked to some friends in Indianapolis, and they introduced me to people in the community,” Winston says. “And everyone was so receptive. The folks at the library embraced us, and we decided we would have it there this year.”

Winston became interested in film during his stint as vice president for Institutional Advancement at Columbia College Chicago. After retiring in 2013, he decided to make a documentary about a program he ran as vice president for Development at Wilberforce University in Ohio in which Winston led African American students to Israel from 1988 to 2002. While in the country, students worked in a kibbutz and a Jewish-Arab Center for Peace.

“I hired a Columbia graduate, and we made a documentary called ‘Taking Israel,’” Winston says. “It focused on African American students that had gone to Israel over a 15-year period and how they became involved and learned about the socioeconomic problems in that country.”

Winston put “Taking Israel” on the film festival circuit and won several awards. During these festivals, Winston got the idea for a new kind of film festival.

“I saw so many documentaries that told the broad story of African American life,” Winston says. “Documentaries are scattered throughout festivals all over, but what about a festival that is exclusive to documentaries?”

After going through submissions, Winston selected films from nine different states and Canada to fill the two-day event. Deborah Riley Draper’s 2012 documentary “Versailles ’73: American Runway Revolution” will kick off the festival with an opening-night screening, followed by a fashion-themed party.

The film focuses on the 1973 battle between American fashion designers and members of the French haute couture establishment, a topic that intrigued Draper.

“It’s Paris, it’s New York, it’s beautiful clothes,” Draper says. “There were 12 Black women right in the middle of this incredible moment in the ‘70s when the world was changing culturally, and they brought that change. I wanted to tell those stories.”

Indianapolis native Rebecca Robinson’s co-produced “The Color of Medicine,” which will also screen at the festival. Focusing on her father, Dr. Earle U. Robinson Jr.’s education at Homer G. Phillips Hospital, Robinson uses documentaries to share the story of the first medical school west of the Mississippi River to serve African Americans.

“I love documentaries, personally,” Robinson says. “I think research and learning your history and your hometown and family history is so important.”

Filmmaker and activist Paul Saltzman’s film, “The Last White Knight,” will screen at the festival and asks whether or not reconciliation is possible. The film focuses on Saltzman’s 2007 return to Greenwood, Mississippi, where the white Canadian was assaulted by Klansman Byron de la Beckwith Jr. in 1965.

Saltzman, a peace advocate, hopes the film will inspire viewers to strive for peace whenever and however they can.

Twenty films will be screened in two days, and Winston hopes the festival has a lasting impact on attendees and the city.

“I hope to have this festival be on the minds of the citizens of Indianapolis and that they welcome the festival,” Winston says. “I hope they feel very good about what the festival is bringing to them in terms of timely and thoughtful films about the African American experience.” I