Farmers and restaurants deepen their relationship 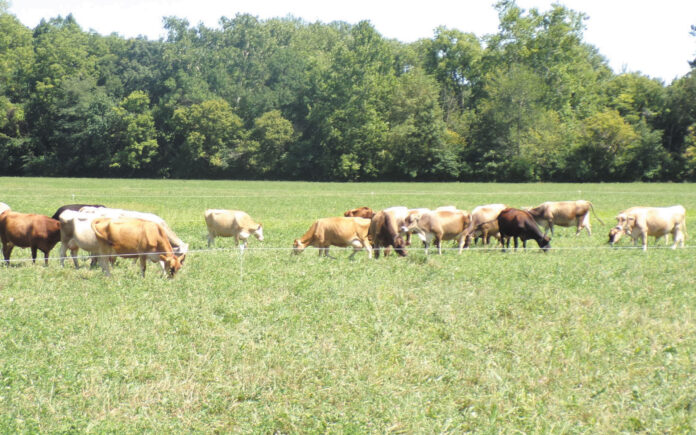 FARM-TO-TABLE GENERALLY refers to when meat or produce goes from a farm to a restaurant. Mark Vander Kooy, CEO of Trader’s Point Creamery, Zionsville, thinks this definition is too vague.

“Under that definition, McDonald’s can be farm-to-table,” Vander Kooy said. “At some point it was at a farm.”

To Vander Kooy, farm-to-table is not just about a farmer being present somewhere in the food-making process but the relationship between the restaurant and farm. If a restaurateur knows a local farmer and partners with them to serve fresh food, then Vander Kooy believes it’s the true definition of farm-to-table. Following that definition of farm-to-table is expensive and requires more work from farmers and restaurants, but it leads to a fresher taste for restaurants and more business for smaller farms.

Lindsay Dingman Sheffield, chef at Jefferson Street BBQ in Converse, said being truly farm-to-table requires research from restaurants because “local farm” can have different meetings. She once discovered “local” pigs from a distributor actually came from Michigan. That business defined “local” as “from the Midwest.”

“I would always recommend someone visit the farm,” Sheffield said. “That’s one of the really neat things about the farm we work with. They actually offer farm tours, so you can actually go there, see the hogs, see what is happening and ask the famer questions directly.”

Amboy’s Hunt Family Farms, which sells pork to Jefferson Street BBQ, makes a special cornmeal feed mixed with an all-natural byproduct from sunflower seed oil to feed its pigs. Sheffield knows the cornmeal will give the pigs a unique flavor no one else can replicate and can prepare her dishes to complement the taste.

“By having a sunflower meal and the canola meal in their diet, plus the fact they’re being raised outdoors, it gives it a whole different taste in the meat,” Nathan Hunt, co-owner of Hunt family farms said.

Restaurant owners who buy produce from DeAnthony Jamerson, co-owner of Legacy Taste of the Garden in Princeton, know Jamerson doesn’t use pesticide on his produce. Jamerson prefers using the less modern, but all-natural method of using cayenne peppers and cinnamon to keep pesky bugs away. It’s less effective, so it requires Jamerson to spend more time checking crops for infestation. However, the end results is a chemical-free product, which Jamerson believes is healthier.

“If the bug doesn’t want to eat the plant, then you necessarily wouldn’t want to eat it either,” Jamerson said. “It’s low harm to the human body, but that chemical is still going into your body.”

While restaurants get fresh ingredients from farm-to-table, smaller farms get business partners. Jamerson noted large distributors and companies traditionally dominate farming, but between consumers wanting to know more about the origins of their food and resources such as Indiana Grown connecting farmers to clients, there are more opportunities than ever for independent farmers to thrive. In fact, Jamerson predicts if this trend continues, smaller independent farms may take more of the market from large distributors.

“People want to know what they are eating and where their food is coming from,” Jamerson said.

“People want to have more control of what they are eating. … The trend is a lot of people want to know who their farmer is.”