Plainfield: A vibrant town named after its “plain” settlers 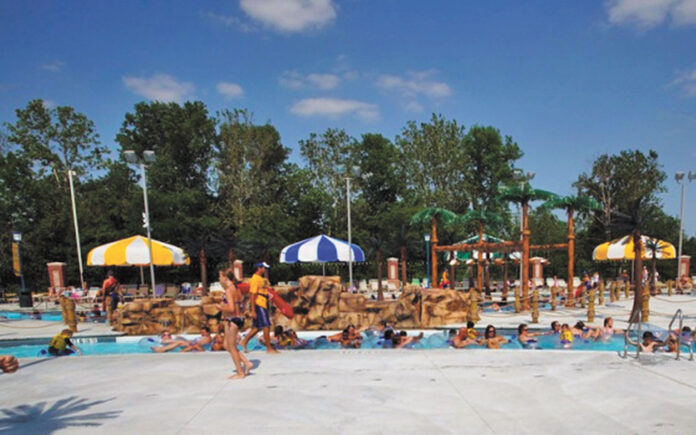 LOCATED IN HENDRICKS COUNTY, THE EARLY settlers of Plainfield were largely Quakers. The Quakers would prove to have a long-lasting impact on the town as the name “Plainfield” came from the residents’ “plain” Quaker characteristics. To this day, Plainfield High School’s mascot is the Quaker.

Since then, Plainfield has constantly been the most populated town in Hendricks County. Today Plainfield boasts over 30,000 residents. Arguably the largest force in the town’s economy is its 45-million-square-foot warehouse district near Indianapolis International Airport. Plainfield’s warehouse district is so large it contains around 50% of all of Central Indiana’s warehouse jobs.

Grab your family and your swim trunks for more than four acres of aquatic fun. Bravely face the water park’s two-and-a-half-story tall waterslides or calmly float through its 900-foot-long lazy river. Either way, the park offers fun ways to get outside without the summer sun overwhelming you.

It doesn’t matter if you’re looking for something big, something small or don’t know what you want. With its selection of furniture, antiques and knick-knacks, Gilley’s Antique and Decorator Mall has the perfect item to pull a room together. It’s only a matter of finding it.

Located 10 minutes from the Indianapolis International Airport, the Baymont by Wyndham Plainfield bills itself as the perfect place to stay for both business and vacation trips. Business travelers can appreciate the business center and the free shuttle to the airport, and vacationers can relax at the spa or hot tub. Both can enjoy the free breakfast.

The Homewood Suites’ location allows visitors to enjoy the charm of Plainfield while only being 15 miles from downtown Indianapolis. In addition, two-bedroom suites that include pull-out sleepers allow families of up to six to comfortably sleep through the night (or sneak down to the 24-hour convivence store for a midnight snack if they can’t sleep).

As the name implies, Indianapolis Airport Suites offers easy access to the Indianapolis International Airport with its free shuttle service and parking. The hotel offers single king or double queen rooms along with a variety of board and conference rooms, making it accessible for any businessperson on the go.

Originally constructed in 1954 New Jersey and shipped to Plainfield by train, the Oasis Diner can feel like a time machine. Once on Indiana Landmarks 2010’s 10 Most Endangered Indiana Buildings list, the building was restored in 2014 and continues the classic diner tradition through its selection of breakfast food, burgers and ice cream.

New meets old in this modern take on traditional Indian cooking featuring curry, naan, tandoori and more. Customers can either order from a menu or serve themselves buffet style, so the only trouble ordering should be deciding what to get.

The word “pub” is in the name, but Black Swan Brewpub is friendly for all ages. Children can enjoy a “Wee Bits” meal and crayons on every table, and adults can enjoy dark, hoppy and malty beers alongside an ever shifting menu of pub food. I