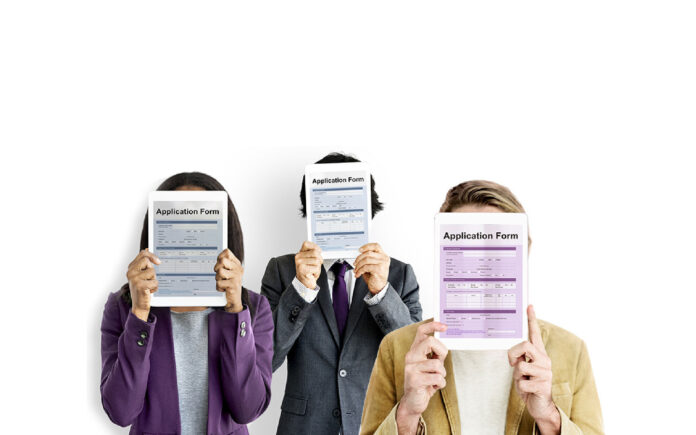 A job applicant with the first name James is more likely to be hired than one named Jamal. A 32-year-old has a better chance at employment than a 52-year-old. One living in a tonier neighborhood than another also has higher odds. Gender, race, place of education … these are types of labels that lead, either consciously or subconsciously, toward bias in hiring practices.

To help combat any prejudice and to add diversity to the workplace, companies now employ a practice called “blind recruitment.” This technique removes all the personally identifiable data from an applicant’s resume, including name, gender, age, place of education and other labels. The idea is to focus strictly on skill sets for a position, said Misty Resendez, a consultant with Indianapolis-based InvigorateHR.

“It eliminates some of the bias and adds diversity in the interview process,” Resendez added.

Blind recruitment has been growing steadily in popularity among the nation’s employers. The technique was initiated after a series of studies showed that job hunters with ethnic names had to submit 50 percent more resumes before they got a response compared with their counterparts with caucasian-sounding names. The idea of blind recruitment is to allow applicants with the same skill set to be evaluated equally.

The process benefits many applicants. For the companies using blind recruitment, they also benefit with the probability of gaining a more diverse workforce, which has shown to help businesses overall.

“From research, it is clear that a more diverse workforce resembles your customer base more accurately,” said Azmat Mohammed, director general of the Institute of Recruiters. “It allows for different ideas from different backgrounds. Bottom line, it is good for a business. A more diverse workforce makes more money, they’re more profitable, they’re more harmonious in terms of being a team, so the benefits are all there.”

But blind recruitment also has its drawbacks for a company.

“It could lengthen the hiring process,” said Resendez. “For example, when an opening occurs in a company, you usually want to fill it as quickly as possible. With blind recruitment, HR has to redact the resume, adding another step. Unless you have the software to do that, someone in HR has to do that manually and then turn it over to the interviewer. That takes time.”

Resendez added that implementing the practice with the single goal to increase diversity isn’t a good idea either. “You want any new hire to feel that he or she adds value to company.”

Otherwise, she said, you create an uncomfortable atmosphere for a new hire, leading to dissatisfaction. In addition, other members of the team may not be as readily accepting of the new hire as they might have been otherwise.

Blind recruitment also doesn’t remove the entire possibility of bias in the interview process. At some point, the interviewer and the applicant meet. A new hire doesn’t remain a “blind” choice. So, how does overcoming bias figure in at this point?

“Overall, blind recruitment is just one of the tools in a mix of best practices to diversify the workforce,” said Resendez. “You have to prepare to diversify and have training to overcome bias. Another option is to have a team, not just one manager, interview applicants. Some companies then make the team accountable (for) its decision.”

One basic point to emphasize in instituting blind recruitment is that everyone has bias.

“It’s human nature — it’s how people are wired,” said Mohammed. “That’s the issue that management and staff need to understand. It’s what blind recruitment is designed to help overcome.”