Classroom diversity and inclusion are good for universities and businesses 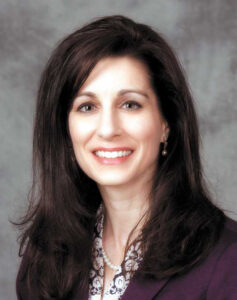 Universities face many issues in striving for classroom inclusion and minority student success, and the first difficult one is the language used. What does minority mean? Which minority(ies)? What about the intersection of multiple identities (e.g. ethnicity and gender, geographic location and socioeconomic status, etc.)? Students’ classroom experiences and inclusive attempts differ based on these contextual answers. According to a Vox article in early August, universities must address many issues in their attempts to help students succeed: namely, access, unclear pathways, level of academic preparedness, financial limitations, befuddling terms, etc. AI messaging, support teams and faculty interventions have proven beneficial. Ultimately, showing the tangible personal benefits (e.g. the value of course material for real-life application, etc.) to students who struggle to see their educational need is vital. Universities, such as University of Wisconsin-Madison and Indiana Wesleyan University, are making serving first-generation and minority student achievement a priority.

Another key factor is the lack of minority student belonging, according to research published in the Journal of Sociology and Christianity. The numerical population of a given U.S. minority increases the need for institutions to afford additional measures to overcome that burden. For example, nearly all institutions have by now formed diversity councils or departments with a targeted interest in minority faculty recruitment. What I find lacking is the comprehensive cultural training for most non-minority professors. The syllabi, textbooks, idioms and case studies chosen can swell into a typical ethnic majority view. How intentional are institutions in addressing these pervasive items to increase quotidian diversity? It would mean a curriculum overhaul, and it should be done.

The lack of classroom diversity and inclusion affects students of any minority group due to “identity contingencies,” a term coined by Dr. Claude Steele, a social psychologist. Identities are socially situated and depending on how they are valued within current structures, difficulties arise. These cultural conditions extend to the classroom, and an institution’s lack of diversity creates unique challenges that can impede student achievement.

One of the hallmarks of a liberal arts education is developing the ability to think critically. Diversity in the classroom and curriculum broadens one’s worldview and provides an opportunity to form and strengthen opinions in the context of competing positions. As Melissa Greenwell has shown in her book, “Money on the Table,” increasing gender diversity in company leadership carries monetary benefits. Enhancing the talent pool of employees to think culturally and inclusively can be profitable for business, as Anka Wittenberg wrote in a Forbes column, especially considering our global counterparts are multilingual and likely to have worked in various cultural settings.

From my perspective as a dean of a Christian university, diversity and inclusivity are important because Jesus Christ cared about the truth according to God his Father. Pontius Pilate asked Jesus “What is truth?” (John 18:38), and we continue to ask that question 2,000 years later. We evade because we do not want to know. We do not want to face our personal motivations to change our behavior. Few are that courageous. It takes confession and forgiveness, which are costly. These do not show direct profits on spreadsheets or align with most political systems of governance. Forces of death are at work, and Christians are to contest injustice and oppression. An April 2017 article on HRM Online explains that diversity and inclusivity can be good for business and education, but that is not first why Christians pursue them. As Martin Luther King Jr., reminded us decades ago, finding truth brings a promise: freedom (John 8:32).

James Baldwin stated, “Nothing can be changed until it is faced.” Considering ethnic student diversity, acknowledgments are opportunities to represent our shared history more accurately. See for example, Bryan Stevenson’s groundbreaking work on the National Memorial for Peace and Justice and Pepperdine University’s commemoration of Larry Donnell Kimmons. Thorough institutional acknowledgement of our racially divided past is the first and still lacking key to address the difficulties that students of color face. Educational barriers stand at multiple levels. Structural oppression exists, but smaller barriers, with more immediate results, also need to be addressed. Institutions must chip away at both levels of barriers, defining the steps toward their goals clearly. Let us not shrug because the task looms largely. Even the smallest intervention matters.