Why entrepreneurship is the kryptonite to racism 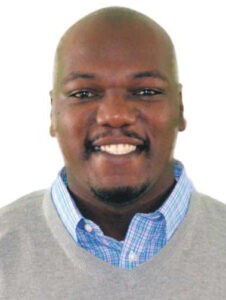 I was 23 years old when I experienced blatant racism in the work place. A colleague of mine told me he didn’t think we should be able to work at the same facility or make the same type of money due to the color of my skin. His next bright idea was to spit at my feet to show his disgust and then walk away in anger. It’s important to note that this wasn’t the Jim Crow South in the 1950s. This was my hometown of Indianapolis, Indiana. The year was 2012.

This wouldn’t be the last time I experienced racism, but I decided to share this story because it was a turning point for me. In that very moment I knew I needed to find a way to get as far away from him, and people like him, as I could. I was running from racism and the stinging pain that it brought.

It’s amazing how the power of racism can penetrate the skin and hit the right spot in your heart. It’s almost as if racism is this super villain that has X-ray vision. It takes a look deep inside you to see exactly where it can hurt you the most and then strikes with super human strength. I needed some type of shield or kryptonite.

I began a quest for what most people would see as wishful thinking. As a minority, it’s very easy to think that racism is inescapable. It’s this omnipresent being that will always haunt you. If you’re at work, it’s there. If you go out for dinner, it’s there. Even if you sit alone in your home, the presence is still felt in your thoughts. I needed to find an arena where the presence of racism was weakened if not fully eliminated.

Enter entrepreneurship. The only thing strong enough to combat the super villain nature of racism is the power of meritocracy. In general, if you can produce a result, generate revenue or increase the bottom line, the color of your skin seems to not matter as much. I’ve had business meetings with people who I know would never hang out with me in a social setting. I would never be in their boys club or within their circle of friends. However, we weren’t in the same room because we were friends or because they liked me. We were in the same room because they knew (or were about to know) that I could produce a business result for them. That’s the power of entrepreneurship.

Am I saying that starting a business will completely eliminate racism in your world? Of course not. It certainly hasn’t for me. The truth is, some people won’t like you regardless of what you can do for them. The beauty of having a business is you get to decide who you do business with it. In addition to that, the only color that really matters to business owners who want to stay in business is black. Black as in profitability. Will entrepreneurship end racism? Not likely. Similarly to how kryptonite doesn’t actually kill Superman. It only slows and weakens him. The good news is that in that weakness, we can find our strength. You have the right to make a living and work in an environment that won’t discriminate against you based on who you love, how you look or who you pray to. Entrepreneurship can actually make that right a reality.

Tony Sanders is owner and operator of Sanders Janitorial. Contact him at tony@sandjani.com.