The art of failure 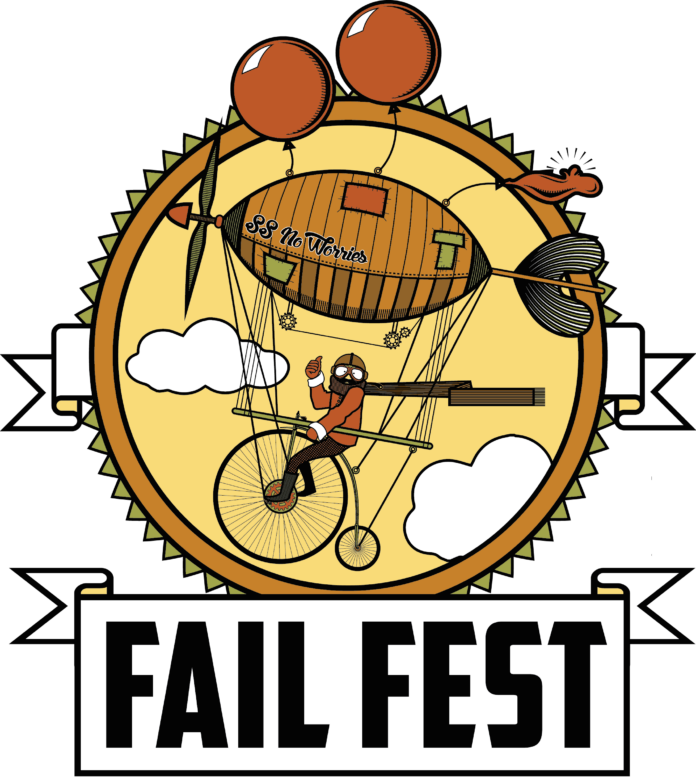 We’re taught from a young age that failure — that huge red “F” marked on our school papers, not being cast for a starring role in the school play or not qualifying for the starting lineup — should be avoided at all costs.

Yet many successful entrepreneurs see experiencing failure — and learning lessons from it — as a critical and inevitable step in the journey to success.

In fact, one Indiana entrepreneur thinks so highly of failure that he created an annual event to celebrate it and the role it can play in innovation and eventual success.

IMBM talked with three Indiana entrepreneurs who have been invited to speak at FailFest, to learn their insights on failure: Oscar Moralez, managing director of VisionTech Partners & VisionTech Angels; Polina Osherov, editor-in-chief of Pattern Magazine; and Cassie Stockamp, president of The Athenaeum Foundation.

Here are the key takeaways:

Since failure is inevitable, why not look for the silver lining?

“Recognize that, many times, you’re going to fail, and don’t let that knock you down,” Moralez said. “Use that to learn from. Risk is OK. Failure is OK, too, as long as you learn from it and apply those learnings to your next investment or venture.”

Osherov said many of her moments of failure stemmed from simply trying to take on too much.

“You have something, and it starts growing, and people get excited, and all of a sudden there’s all of these opportunities that open up,” she said.

The need to feel liked and tell everyone what they want to hear compounds the issue, she said.

For one, Osherov said, her failures have helped her learn to say “no.”

“Most people will understand if you explain, ‘We just literally can’t right now,’” she said.

Moralez said any success he’s had can be attributed to the people he’s worked with, and he sees the same story play out with other successful organizations. But surrounding yourself with the right folks is as important to navigating failure as it is to having success.

When Stockamp’s construction company went under, the support of her friends and family kept her from collapsing in on herself.

“I had surrounded myself with some really good people, from a friend perspective … you do want to turn inward, but you also need to look outward and have other people help you through the process,” she said.

Osherov said she knows the people she works with are all-in with the magazine’s mission, and that keeps her going.

“I get feedback on a regular basis from folks who see this as something incredibly important and progressive,” she said. “So from that standpoint, I’m like, I can’t quit.”

Keep it in perspective

Osherov said failure has a tendency to shake someone to the core, but keeping a positive outlook is imperative.

“They will turn on themselves and have incredibly negative conversations with themselves … I don’t go there. I find it incredibly counterproductive and not true,” she said. “As long as you’re breathing and you can have conversations and meet with people and explore new ideas, there’s no reason why you shouldn’t keep trying.”

And though it sounds trite, Stockamp said maybe everything really does happen for a reason. After her company went under and she made it through the initial shock, she discovered she was ready to go in a new direction anyway.

“It was very, very clear that I did not have the fire in my belly anymore,” she said, so she sought a new path. With her current position, she’s found a renewed sense of purpose.

“People think I’m crazy, but I’m so grateful that happened. I’m in such a better place.”