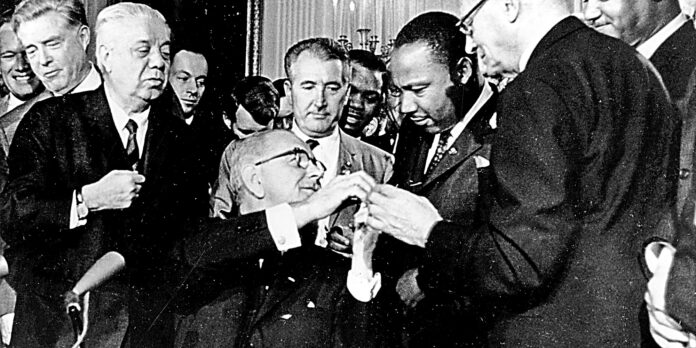 With just a “C” average, Nathaniel Williams managed to squeeze in a spot with his incoming class at Indiana University-Purdue University, Indianapolis. However, Williams’ admission came with a caveat: he had to meet and maintain higher academic targets for a year in order to stay in school.

Williams, who is African-American, doesn’t know if his conditional acceptance to IUPUI was the result of the university’s affirmative action admissions policies.

“It’s interesting, the year before I was accepted, IUPUI had open enrollment like Ivy Tech (State College), meaning you could get in with a Core 40 Diploma. The following year when I applied, the university had different admission requirements,” Williams said.

Sixty years after Brown versus Board of Education and 50 years after the passage of the Civil Rights Act, the debate over the use of race-based affirmative action policies in college and university admissions hasn’t abated, with more legal challenges expected to snake their way through the courts.

“Affirmative action is still hotly debated because the general public doesn’t have a full grasp of the depth of discrimination and oppression that has taken place and that still takes place in this country, especially in the areas of educational and economic opportunity for ethnic minorities and also because of the necessity and competition surrounding the need for a college degree in order to have a good quality of life in this country,” said Terri R. Jett, a political science professor at Butler University in Indianapolis.

“The implementation of these policies has not necessarily served its intent or truly benefitted targeted groups,” Jett continued. “And when you factor economic inequality, there are many poor whites who have also been unfairly prevented from achieving a college degree. The intersection of race, gender and class complicates the determination of who is seen as ‘deserving,’ to benefit from policies such as affirmative action,” Jett said.

On Nov. 17, 2014, federal lawsuits were filed against Harvard University and the University of North Carolina at Chapel Hill by a legal advocacy group claiming both universities heavily rely on race-based affirmative action policies that limit admissions of white and Asian-American students.

The Washington D.C.-based Project on Fair Representation, which filed the lawsuits, say they are the first in a series of legal challenges against colleges and universities across America aimed at ending racial preferences in the admissions process.

According to the legal advocacy group, “Racial preferences are a dangerous tool and may only be used as a last resort.” The lawsuit suggests that giving greater consideration for students with socio-economic needs, or so-called “race-neutral” polices, prove to be more effective in promoting diversity than race-based polices.

An outcome of the 1960s Civil Rights Movement, affirmative action was first used as a term by President John F. Kennedy in a 1961 executive order that directed government contractors to take “affirmative action to ensure that applicants are employed, and that employees are treated during employment, without regard to their race, creed, color, or national origin.” The Executive Order also established the President’s Committee on Equal Employment Opportunity, now called the Equal Employment Opportunity Commission or EEOC. While affirmative action policies initially focused on improving opportunities for African-Americans in employment and education, it also provides equal opportunities for other minorities, including women.

The 1954 landmark Brown decision that outlawed school segregation, and the 1964 passage of the Civil Rights Act improved life prospects for African-Americans. However, by 1965, just 5 percent of undergraduate college students, 1 percent of law students, and 2 percent of medical students were African-American. In 1965, President Lyndon Johnson, an advocate for affirmative action, signed an executive order that required government contractors to use affirmative action policies in their hiring to increase the number of minority employees.

Colleges and universities also began adopting similar recruitment and admission policies, and over time the enrollment rates for African-American and Latino students steadily increased. Still, gaps in college enrollment between minority and white students remain, despite the efforts that have been made to establish equal opportunity.

Most public and private universities across the country – including those in Indiana – use a variety of factors to determine a student’s admissibility. They include:

Experts say colleges and universities have been forced to alter their affirmative action admissions policies due to court rulings and decisions, almost akin to erring on the side of caution.

“Universities are scaling back race-based admissions to be ‘careful’ and use race-neutral approaches if they don’t achieve their minority enrollment goals,” said Suzanne E. Eckes, an attorney and associate professor of Education Leadership and Policy Studies at Indiana University, Bloomington. “Using socioeconomics as a proxy for race is problematic in my opinion. Racial diversity and socioeconomic diversity are not the same thing…it is very complex. It gets me mad, too,” she said.

Eckes said the notion that enormous numbers of whites are being denied admission because of the preferential treatment of under-represented minorities is simply false.

“The intent of affirmative action in the educational arena was to make amends for the many decades of discriminatory practices where ethnic minority applicants weren’t considered for admission. These past discrimination practices in higher education largely explained the growth of historically Black colleges (HBCUs) and the fact that more African-Americans were educated in HCBUs than predominantly white institutions,” she said.

Others believe it’s time for the discussion to move beyond race if the focus is equality and education.

Nathaniel Williams earned bachelors and master’s degrees in art education and education psychology from IUPUI and is now a doctoral candidate in urban education studies. The 29-year-old is on track to graduate in May 2015. He credits his mandated participation in IUPUI’s Diversity Scholarship Research Program for much of his academic success. If his admission slot was the result of affirmative action policies, then he is a testament to investing in individuals at the highest levels.