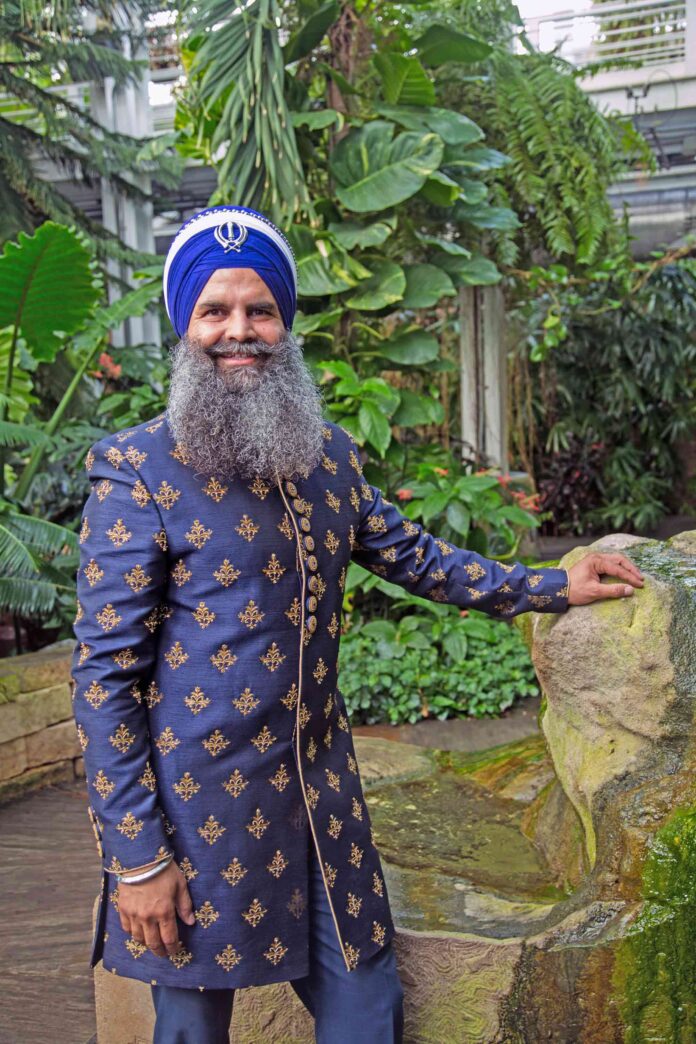 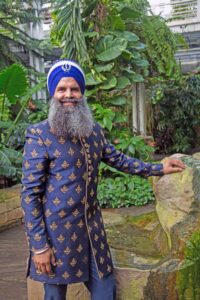 One man’s resistance made way for all Sikhs in U.S.

Gurinder Singh Khalsa was destined to make a difference in the lives of others.
Positively impacting those around him was something he literally began doing the day he was born.
“At one point when my mother was pregnant with me, there were some relations with my father and they were not that good. She was on the verge of getting a divorce,” explained Singh Khalsa.

The year was 1972 and in a village about 100 miles north of New Delhi, India, it was law that only men could inherit property. The Singh Khalsa family’s first child was a daughter. With her marriage at a crossroads, Surjit Kaur Sandhu worried if she had another female child, she would lose everything. “My mother was praying for a son,” Singh Khalsa said with his distinctive and heavily-accented voice. “She was so much under depression and stress.”
When Singh Khalsa was born he was grossly underweight and was covered in blisters. Doctors told Sandhu the likelihood of her child surviving was nearly nonexistent.
But Sandhu knew differently. She knew that her first son would survive and that his life would bless others, as it had blessed hers.
“Somehow I saved her. I saved her,” exclaimed Singh Khalsa.
After his birth, Singh Khalsa’s parents’ relationship deepened and eventually they welcomed another son.

Singh Khalsa’s lineage includes deep advocacy. His grandfather was a freedom fighter who advocated for freedom from the British and his father was called to leadership later in life, eventually being elected head of the village and director of a corporate sugar mill.

Little did Singh Khalsa know at the time, but he would eventually follow in the steps of those before him and his influence would spark sweeping change across America.

The change would come after a demoralizing event in his life.

In May 2007, Singh Khalsa was at a security checkpoint at the Buffalo Niagara International Airport. He stepped through the metal detector and a “poof” machine. Despite neither detector sounding an alarm, a TSA officer asked to check Singh Khalsa’s turban. The officer acknowledged that no alarm sounded, but stated that he was concerned about Singh Khalsa’s “headwear.” Singh Khalsa was asked to remove his turban.

Singh Khalsa observes the Sikh faith and part of that includes Kesh (uncut hair) that should be covered.

“It is not a cap,” explained Singh Khlasa. “You can’t take it off and on. You unwrap it and unwrapping it in public is like stripping a woman. It is one of the sacred articles of faith.”

Singh Khalsa attempted to explain to the officers the religious significance of not removing his turban, but to no avail. Singh Khalsa refused to remove his turban and eventually, airport police were summoned and threatened to arrest Singh Khalsa if he did not leave the premises. Rather than get arrested, Singh Khalsa left the airport.

“I was violated and very sad. Very sad,” Singh Khalsa said as he lowered his eyes to the ground.

While he described the encounter as “devastating,” it also invigorated something deep inside of him.

“I say someone has got to step up. That is where I mobilized. I started getting signatures, petitions. I got more than I needed. Congress, the House of Representatives, senators — they signed letters addressed to Homeland Security to change that.”

Singh Khalsa’s efforts paid off. He successfully lobbied for changes to the TSA headwear policy. Sikhs are now permitted to wear turbans, or dastaar, through airport security and TSA agents are not allowed to touch the garments. Instead, the person wearing the covering touches their own turban and then undergoes a swab test for clearance.

“That (incident) gave me strength and courage. Regardless of how smart, how big a thing is, if you stand for something, it can be done,” said Singh Khalsa.

Singh Khalsa believes unfortunate and discriminatory situations like the one he encountered happen for a reason and results in “the better good.”

“The (current) political climate happened for a reason. The outcome of the last (presidential election), I look at as a very positive thing because people got encouraged. They became more involved. Immigrants are especially getting more involved,” Singh Khalsa said. “First generation immigrants have been challenged for the first time. Until 2016, they never felt themselves as involved in politics. Now they say, ‘it is (up to) us.’”

“It was boiling underneath and now it came up. Now at least we understand what the real disease is and how to fix it. We were putting bandages on it. We were trying to be politically correct. Now the good thing is we don’t need those politically correct people. We need people who stand. Either you are standing with right or wrong.”

Singh Khalsa says he is hopeful about the future of Indiana and America because both are becoming more diverse, however, he adamantly opposes tolerance.

“Tolerance is not the solution because we tolerate what we do not accept. Tolerance means you are still saying ‘I am different,’ ‘you are different,’ ‘I don’t accept you, I don’t embrace you, but I have no choice so I tolerate you,” he emphasized. “Tolerance will never bring acceptance or embracement. We need to embrace and accept.”  I

Equality of gender: Sikh tradition regards women as equal in all activities to men.

Equality of nationality and ethnicity: Regardless of race, nationality, creed or culture, Sikhs view all humans as equal in the eyes of God.

Selfless service: Within Sikh tradition, mediation without service is empty.

The mission of the SikhsPAC is “selfless service to community and nation are core values of Sikh culture; values SikhsPAC members live daily through support for candidates in local, state and national elections and through educational programming aimed at raising awareness of this uniquely American community.”

1. To raise awareness of Sikh culture and identity.

2. To pave the way for Sikh in American politics.

3. To prepare Sikh youth for a future in public office.

4. To ensure Sikh history and culture in public education.

5. To promote diversity through interfaith dialogue.