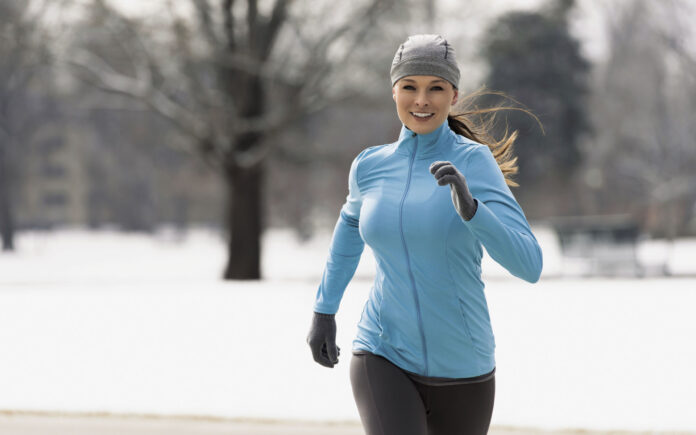 Health insurers are in on the action as well. UnitedHealthcare announced it was expanding its Medicare Advantage fitness program to its Indiana plans starting in 2019, which they’ve rebranded, Renew Active. It allows free standard memberships to participating gym locations of Anytime Fitness, Curves, LA Fitness, Life Time, Snap Fitness and the YMCA.

In 2018, 40-year-old nonprofit National Fitness Campaign collaborated with Seymour, Westfield and Mishawka to unveil outdoor gyms in parks in those three towns. The initiative is part of the group’s 100-city rollout featuring a fitness square with 30 individual pieces of stationary equipment to provide a rounded workout and encourage everyone to stay in shape and be healthy.

Nature is beautiful this time of year, and what better way to witness it than slowly, methodically working your way across snow-swept valleys and woody paths with two poles and skis? Talk about a full-body workout! Nordic skiing burns more calories than any other form of exercise or sport — up to 1,122 calories per hour.

Indeed, one of the most lauded locales in the world for cross-country skiing is the Indiana Dunes State Park in Chesterton. The dunes, which tower nearly 200 feet above Lake Michigan, formed over thousands of years as glaciers retreated across the Midwest. The adjacent national park, Indiana Dunes National Lakeshore in Porter is also terrific with great looping trails, though unlike the state park, doesn’t offer ski rentals.

Many areas have created lit trails for night skiing. Snow permitting, T.K. Lawless Park offers Discover Winter Nights in Vandalia on Saturday nights from the middle of January to the middle of February. Besides the lighted trails, past years have featured a tubing hill, hay rides, and a bonfire.

More popular locales include Stoney Run County Park in Leroy, Oak Ridge Prairie County Park in Griffith, France Park in Logansport and Fox Island County Park in Fort Wayne. Many of those locales also rent skis. Other options might include your local golf course, but call before you go. Lost Marsh Golf Course in Hammond, for example allows skiers, but asks that they check in at the clubhouse.

You don’t have to ski the trails. Many of the aforementioned cross-country skiing parks also have snowshoe rentals, which are great for when the snow gets deep. Ferrettie/Baugo Creek County Park in Osceola rents them for $3 per person plus gate fee. It also rents innertubes for sledding (as does St. Patrick’s County Park). Chamberlain Lake Nature Preserve in South Bend has a 1.5-mile trail that leads to a platform overlooking the lake, while Bendix Woods Country Park in New Carlisle is considered one of the state’s best parks for snowshoeing. Neither offer rentals.

If the weather’s willing, there are plenty of great trails for regular hiking. Favorites include the Cardinal Greenway, spanning 62 miles of East Central Indiana from Marion through Muncie to Richmond, Clifty State Falls in Madison which features five waterfalls in a seven-mile trail on the shore of the Ohio River, the Wabash Heritage Trail in Lafayette with a scenic 18-mile run along Burnett Creek and the Wabash River, Turkey Run State Park in Marshall cutting across the canyons along Sugar Creek and the Knobstone Trail, a rugged trail used to train Appalachian thru-hikers featuring the state’s longest natural footpath (60 miles) and reaching an elevation of 20,000.

Mountain bikers are also welcome at many but certainly not all parks. Some of the best spots for mountain bikers include Buffalo Trace (12 mile course) in French Lick, Brown County Park (30) in Nashville, Griffin Bike Park (17) in Terre Haute, Versailles State Park (21) in Versailles, Outback Trail at Imagination Glen (10) in Portage, Winona Lake Trail (11) in Warsaw and Rangeline Nature Preserve (10) in Anderson.

A traditional golf course is sidelined by snow, but not the flying disc. Once known as Frisbee Golf, the sport continued to grow and expand. There are as many as 150 courses in Indiana, led by Lemon Lake County Park in Crown Point, which features five 18-hole courses and hosted the Professional Disc Golf Association World Championships in 2010 and 2013.

Courses dot the state. Among the most popular are: Rogers Lakewood Park (24 Holes) in Valparaiso, Mesker Parker (18) in Evansville, Mississinewa State Park (24) in Peru, Hazel Landing Park (18) in Carmel, Ox Bow County Park (24) in Goshen, Deming Park (18) in Terre Haute and Garry Cavan Park (18) in Edwardsville, based off reviews left on The Disc Golf Scene.

When not doing it in the parking lot at work or other impromptu places, ice skating can be quite invigorating. It’s not hard to find a rink, but there are several that stand out. Central Park Plaza in Valpraiso is a 12,000-square foot open-air pavilion featuring an arched roof covering the 80’ by 120’ rink and showcasing state-of-the-art light and speaker systems.

Indeed, these outdoor rinks are all the rage. Carmel’s $6 million The Ice at Center Green opened in 2017 with a rink one-and-a-half times as long as the rink in Valpraiso at 180 square feet, though it doesn’t have a roof. Meanwhile Noblesville also added a rink last year, turning Federal Hills Commons, an amphitheatre/farmer’s market in the summer into a 50’ by 80’ ice rink for the holidays.

For those full-grown kids who somehow missed out on skating and hockey, all hope is not lost. Midwest Training and Ice Center in Crown Point offers adult hockey lessons at 10:25 p.m. every Friday night. Can you think of a better way to vent after a long week than doing some cross-checking?

Or perhaps you want to get your exercise doing an outdoor sport inside. We got you covered. The Indianapolis Rowing Center offers rowing classes at three levels, including one for those without any experience. But maybe you just need to be in the water. No problem. The East Race Whitewater Kayak Club offers a six-lesson course to sharpen your whitewater rafting skills in the Concord High School indoor pool in Elkhart from January through March. I