Mastering the art of video interviewing 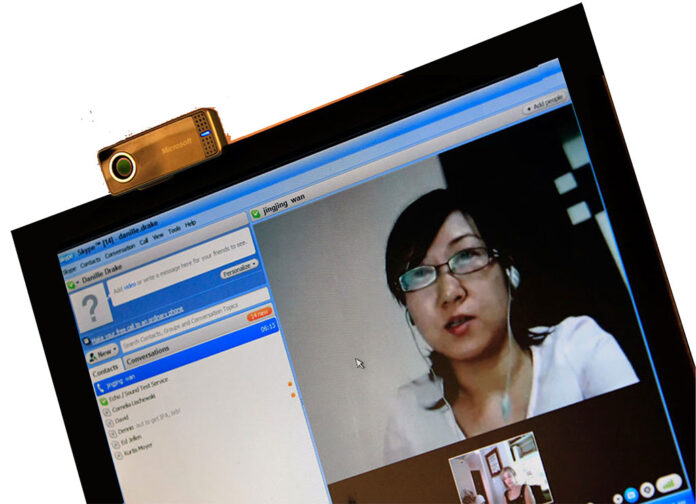 When looking to hire someone new, Jason Rodd, director of talent acquisition at Angie’s List, often saves himself a big chunk of time by conducting the initial interview by video. “It’s the second best interviewing tool other than a face-to-face meeting,” he says. “It still allows you to catch nuances and make sure the person is presentable and those sorts of things, and it helps us make a determination whether the person will be a good fit or not.”

It can also be a big cost saver when the Indianapolis-based company needs to screen for candidates who are worthy of flying in from other states to meet the executive team. Time and cost savings have inspired other companies to reach for the webcam and cue up Skype or Google Hangouts rather than their phones when they first get to know potential hires. Nearly two-thirds of HR managers often use video to interview job candidates, according to a survey by staffing company OfficeTeam. Advances in technology plus higher comfort levels with using remote workers have added to video’s popularity in the interview process.

But outside tech-centric companies like Angie’s List, it’s not always welcomed by job candidates. “Not every candidate is technologically prepared for the experience,” says Ann Clifford, president of Safari Solutions, an HR outsourcing firm once based in Indianapolis before moving to Florida and becoming completely virtual. “Many may be too self-conscious on how they look in a video that they are not able to focus on their interview very well.”

The same can be said for employers who are eager to win over promising candidates. Job interviews tend to be awkward by nature, with at least one of the parties feeling nervous. Making the very first meeting happen by video can add to the awkwardness. Whether you are on the hiring end or seeking a job, you can feel more at ease and project confidence by following these tips:

Be prepared: Do a test run with a friend or coworker, to experiment with lighting (sit away from windows) and see how you come across on camera. Keep your desk free of clutter and distractions, and remember to look behind you to make sure nothing in the background is inappropriate or distracting.

Pay attention to sound: You’ll need to speak clearly and slightly louder than you would in person — but not too loud. Be aware that rustling of paper and outside noises can easily be picked up by the microphone. So, try to keep still and close the doors and windows. “You don’t want to hear a dog barking or UPS knocking,” Rodd says.

Make eye contact: “We’ve seen a lot of people look at the screen rather than the camera,” says Ahmed Elsayyad, CEO of Elsayyad Medical Group, a Maryland-based recruiting firm that hires physicians and nurses across the country. “It seems like a very small thing, but it can cause some issues when you’re not looking at each other eye to eye.”

Act happy: You want to seem friendly and enthusiastic about the opportunity being discussed, even if you’re feeling uncomfortable. “Believe it or not, a lot of people forget to smile on camera,” Rodd says.

Care how you look: Dress the part, even if the person on the other end can’t see your entire outfit. It’ll help you get in interviewing mode and avoid the risk of seeming like you’re disinterested. Also sit up straight and be sure not take up more than three-fourths of your screen. “Even virtually, no one likes a close talker,” advises Jody Presti, CEO of JobOn, maker of a video-employment app.