Integrity Limo: A drive for success 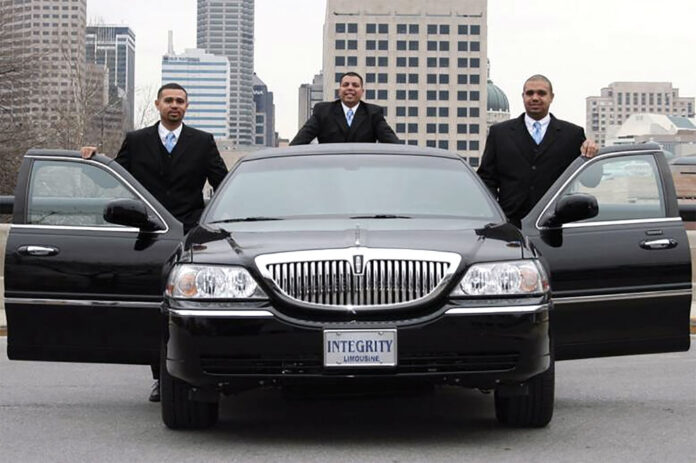 The story the Cardwell brothers, Jermaine and Tyrone, like to share when discussing their history in owning Integrity Limousine Service dates back to the Indianapolis Colts’ win in the 2006 Super Bowl. The Cardwells were booked to drive some of the football players to the ceremony awarding their Super Bowl rings. Afterward, the players naturally wanted to celebrate the win.

“One of the players wanted to make sure he didn’t lose his ring and asked my brother, who couldn’t drink, of course, to hold onto it for him,” Jermaine said. “So, for the night, a lot of people thought Tyrone was one of the players.”

Generally “what happens in the limo stays in the limo,” says Jermaine. The owners have combined that philosophy with the best service they can provide to build a growing business for the central Indiana area.

The vehicles are used for all kinds of occasions, including business travel, bachelor and bachelorette parties and wedding transport. Rates range from $65 to $210 per hour depending on the vehicle and location.

The Cardwells moved to Indianapolis from the Chicagoland area when they were about 19 to 20 years old. After completing studies in hospitality management, the brothers decided their new hometown was the right location to establish a business.

At first, the brothers and a close friend were going to franchise an Original Pancake House outlet. A sudden burst of awareness about the franchise, however, put the trio on a 24-month waiting list. The idea was to wait out the two years by starting a small limousine service to supply their income. The limo business started to thrive, “so we decided to scrap the rest and focus on this,” said Jermaine. They bought a second car in 2006, and they applied their lessons from learning about the hospitality industry in their own business. They plan to expand within the next 12 months into the charter bus market. The goal is to see Integrity Limousine traveling outside central Indiana.

So far, Jermaine said the greatest realization has been “just how many people who may not seem to be connected to someone else actually are connected. It has taught us to always be on our best behavior, because you never know how one connection may lead to another.”