One turtle at a time 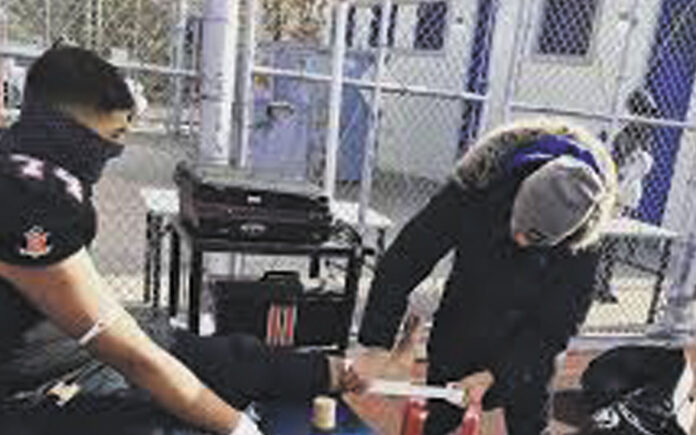 Meet Virginia “Ginny” Hibbler. She’s the creator and founder of Ginny’s Chocolate Candy Turtles. Hibbler makes turtles from chocolate, caramel and pecan in milk chocolate, white and dark chocolate or a combination of all three. Hibbler has been making and selling candy for 20 years, however, she’s only been an official business owner since February 2019.

Indiana Minority Business Magazine: How did you get started making candy?

Hibbler: Well it all started years ago. My girlfriend and I, we just wanted to learn how to make candy. So, we went to a candy-making class and that’s when we learned how to make turtles. We would make them during the holidays to give out as gifts and Christmas presents to our family members and friends and they really liked them. They thought that they were great! Every year, they were looking forward to having the turtles. So, we felt like we needed to make turtles for them every year and that’s what we did.

They also encouraged us to sell them. They said, ‘These are really good. You could start selling these.’ We did that too. I would go to our churches’ Christmas bazaars and sell them there and they just went over so well.

I love turtles — for one thing. I’ve always loved turtles, especially pecans and caramel — and that combination just makes it great. So, that’s kind of how it got started.

Last year I retired, and I decided to try and go into business just to see what would happen because people kept telling me that I needed to do that. So, I did and so far, so good! It’s been going very well.

IMBM: Did you ever have an “aha” moment that made you realize that you could turn what was a hobby at one point into a full-time business?

Hibbler: Yes. There was one lady in particular who would buy — because I was selling them before I started the business — and she was ordering like 30 and 40 boxes at a time. She kept telling me how wonderful they were and that I needed to go into business and I’m thinking, this is a professional lady and I know she knows what she’s talking about. So, I’m thinking OK, well why not, why don’t I try that, you know? Because that’s how a lot of businesses get started just from a hobby. So, I’m not sure if there was any particular point, but that’s when I decided let’s do it! Let’s try and do it!

IMBM: Have you experienced any challenges in this past year as an official business owner?

Hibbler: You know what I think I’ve been so blessed because everything has been going so smoothly as far as business wise. Every time I do something that’s needed for a business — it was OK, you know, it was successful. I got what I needed as far as my license, I went to the board of health and I got all of that, and I have a shared kitchen where I can go and make the candy. So, all of that has been running smoothly for me. The only issue that I had that was really stressful for me is that I got ahold of some bad chocolate and it wasn’t working well for me. I thought it was me, but I found out later that it was not me. It was the chocolate, the product itself. Other than that, I’ve been really blessed. I really have to say that.

IMBM: Where do you see yourself and your business in the next five years?

Hibbler:I see the business at a point where I am shipping outside of the state to different companies, not just individuals, but I am shipping my product to different companies to fulfill their needs for gifts or whatever it may be that they want to do. I see myself hiring employees because now it’s just me, and I get help from family members when I have a big rush or something, but it’s basically just me. But I do see in the future having employees. That’s pretty much it — just getting the business out there. Having a website, of course. I need that right now. Just being successful to the point where I just need more help.

To place an order, search Ginny’s Chocolates on Etsy or send an email to thechocolatelady@gmail.com. Individual packs of turtles can also be purchased at A Taste of Indiana, 5016 E. 62nd St., Indianapolis. I