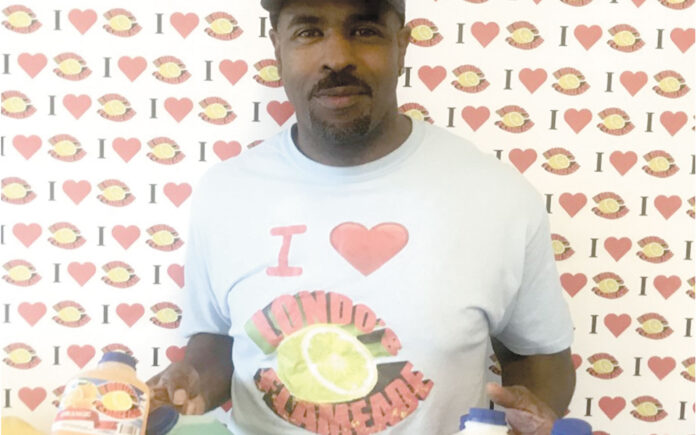 FOR A YEAR-AND-A-HALF, LONDO HALL SOLD his homemade “flameade” from the trunk of his car, traveling to deliver his product across Indianapolis. After developing over 30 flavors, varying from traditional lemonade to tropical and mystery flavors, Hall finally opened his own store, at 1940 East 46th St., Indianapolis, in December 2018.

While opening a shop is a major accomplishment, Hall isn’t content to rest on his laurels. Hall hopes to sell his drinks at the Indiana State Fair in 2020. He has even bigger plans and wants to grow his business by opening stores nationwide. Hall “wants [Londo’s Flameade] to be everywhere — just like where you see Coke and Sprite.” With that intent in mind, Hall met with producers for the TV show “Shark Tank” to try to snag an investor. The outcome of that meeting is still pending as of press time.

Indiana Minority Business Magazine caught up with Hall and spoke to him about how quickly his product took off and plans for the future.

Indiana Minority Business Magazine: How did you manage to build your business from the ground up?

Londo Hall: I already had experience promoting concerts and parties, but now I’m promoting lemonade 24/7. Posting on social media every day, as well as taking pictures of my customers helped me go local-viral about two years ago. Also, everywhere I go, I take my jugs. I’m not going to say it’s a breeze, but it’s not as hard because I don’t have a restaurant. Everybody was reposting my lemonade on social media, saying that it was “fire” and “flame” — so that’s how I came up with the name.

When you finally got your store and opened your doors to the public, how did it feel?

Hall: It felt good; it’s still a shock. My little sister came in here and was like ‘I can’t believe you have a store,’ but I don’t even think about it like that. My kids love it, too. My youngest doesn’t want to work as much because he’s still a kid, but they all love it.

You recently auditioned for Shark Tank. How did that go, and what are your next steps for Londo’s Flameade?

Hall: It’s a long process, but it’s a first step [to national expansion]. Once I got to the set of Shark Tank and [spoke with producers], I wasn’t nervous. I’ve traveled to other places, like Las Vegas and spoke with radio stations and other business owners about my products; it was nothing different. I’m hoping that being on Shark Tank will lead me toward mass production to get into stores everywhere.

How do you feel that you are impacting the community?

Hall: We’ve had a lot of kids come through here and they ask to work, so that’s good. I’m also teaming up with a bunch of Black businesses to sell my lemonade in their stores and building other partnerships. Cleo’s Bodega & Café, Sea Kings Seafood Kitchen, Exotic on the Run and Chef Oya’s The Trap are just a few stores that I’ve worked with. During Black Business Week, Chef Oya also did my lemonade as one of her specials. And now there’s so many different customers coming who knew nothing about me.

If you could go back 10 years and give yourself a piece of advice, what would it be?

Hall: Don’t stop. Just over 10 years ago I was just coming out of a coffee shop and had a shop with a friend, but I was letting him run it. Just run it yourself. I delivered out of my trunk for a year and a half, but it worked for me. You got to put the work in, and it will pay off.