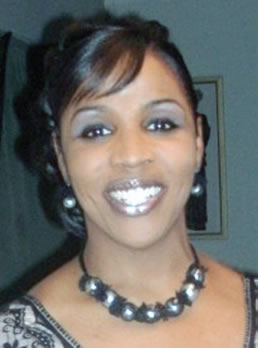 The mid-sized city that could, is. In case you haven’t heard, Gary is open for business. For the past two years, the once-famed steel town has been in makeover mode under the leadership of its first-ever female mayor, Karen Freeman-Wilson.

No sooner than the final ballots were cast in November 2011, a landslide win for Freeman-Wilson, than she began assembling a team of ambitious, hungry, innovative young leaders who shared her quest of being the catalyst for Gary’s turnaround

Most are Gary natives who were gainfully employed in other parts of the country. Others recognized Freeman-Wilson’s passion for her hometown and decided to take the plunge into uncertainty with her. From as far as Las Vegas to as close as Chicago, they heeded the mayor’s call, and are now starting to see the wheels of change turn in the city’s favor.

For decades, the City of Gary has battled against a reputation of being a crime-ridden, drug-infested, economically dormant ghost town.

“I can’t wait to prove them wrong,” said an optimistic Freeman-Wilson.

The key to Gary’s turnaround can be summed up in one word: partnerships. So often the impulse is to throw money at a problem, and it will go away. Since the city’s coffers dried up with the property tax caps, paying its way out of turmoil was not an option. Freeman-Wilson had no problem asking for help, and since doing so, federal, state and local government have shown up in a significant way.

“We weren’t asking for handouts, we were looking for opportunities to work together with government agencies and other organizations to bring jobs and eliminate blight,” said Freeman-Wilson.

One clear example is the demolition project under way at one of the city’s tallest most derelict structures, formerly known as the Sheraton Hotel. Positioned right next to City Hall, the shuttered structure has remained boarded up for decades and is a visible eyesore to those who travel the toll road daily and catch a glimpse of the city as they pass through.

Thanks to community development dollars, and grant dollars from the Environmental Protection Agency, the Department of Housing and Urban Development and the Regional Development Authority, the Sheraton will be no more by summer’s end. To a major metropolitan city, this may seem insignificant, but to a city striving for revitalization and a new identity, this is huge.

Approximately eight months ago, the city hosted a community forum alongside state legislators and representatives from Indiana Housing and Community Development Authority (IHCDA). Scores of Gary residents showed up to discuss the problem of abandoned buildings scattered about the city. They shared how these homes detracted from their neighborhoods and brought their property values down. They complained of the criminal activity that takes place in these structures and how some pose danger to children as they are trying to walk to school.

Mayor Freeman-Wilson heard their concerns and pledged on site that the city would be applying for the State’s Hardest Hit Funds, which is operated out of the lieutenant governor’s office. After spending months of putting together a comprehensive application, surveying vacant properties and gathering community feedback, Gary was recently notified that it would receive $6.6 million to demolish and deconstruct nearly 400 structures.

“While this is just a drop in the bucket for the demolition we need here, this is the shot in the arm we needed so that our residents can see visible progress,” said Freeman-Wilson.

Transportation is another key focus in Gary. In 2013, the Gary/Chicago International Airport entered into a public private partnership (P3) with AFCO Avports Airport Management LLC where $100 million will be invested toward development at the airport and its surrounding industrial footprint. The P3 deal was the only one of its kind inked in 2013, and represents training and job creation for citizens while extending an open invitation to businesses of all kinds to relocate to Gary.

Another well-kept secret is that Gary is nestled on the shores of Lake Michigan with parks, beaches and dunes that are ripe for visitors and lakefront development. A recent $28 million investment has turned this area into a destination spot complete with a renovated pavilion, bike trails, wild life and nature – a far cry from the negative stereotypes that outsiders try to make stick.
A brief conversation with the mayor immediately reveals there is far more in store for the city by the lake. The revitalization of the downtown area, expansion of University Park and development of affordable homes are all on the horizon, but the most important goal is the restoration of hope.

Chelsea L. Whittington is director of communications for the City of Gary.